The Rural MRF of the Future

This month, I would like to share more positive industry news. We have heard about the innovative materials recovery facilities (MRFs) of the future being designed and developed by Waste Management, GFL Environmental, FCC Environmental Services and more, but we haven’t heard much about the innovation occurring on the public side of the industry.

I met Brad Austin, director of operations at Marquette County Solid Waste, in 2017 at WasteExpo and we discussed his vision of bringing single stream recycling back to Marquette, a municipality of about 20,000 folks in the Upper Peninsula (UP) of Michigan. I asked JD Lindeberg, principal and president of Resource Recycling Systems (RRS), about their journey and he stated: “Brad Austin and Marquette have been formally planning a major MRF rebuild during the past few years. RRS worked with Brad, the Marquette team, the state of Michigan and Machinex throughout that time period to determine the feasibility of building the only single stream MRF in Michigan’s Upper Peninsula. We are pleased the new facility will be a fabulous example of the growing recycling infrastructure across the state of Michigan and beyond.

As the years have progressed, I have been fortunate to work with Austin and his team as well as other partners in his vision, Lindeberg of RRS and Chris Hawn of Machinex. I spoke to Hawn from Machinex and asked him to share his thoughts. He stated, “It’s hard to believe that Brad reached out to Machinex in August 2017 with his original vision. Through initial discussions, we were able to blend our visions of the ‘Rural MRF of the Future.’ From the time we first visited Marquette, Mich., in early November 2017, Machinex was hard-set on earning this business. With both a great operator and a good story, nothing was going to stop us from making this a success!”

Fast forward to this month and the MRF is now live and processing material. We had some great stories along the way, including a 12-hour drive due north from my home in Columbus to Marquette on the coldest day of winter 2020 in grip of a snowstorm in order to present to the variance board. That was apparently the revenge for all of the jokes I had told Austin of how much I love the Upper Peninsula of Michigan but would only come to visit during the summer. I still have a bent front license plate from my frozen, ice-capped car. 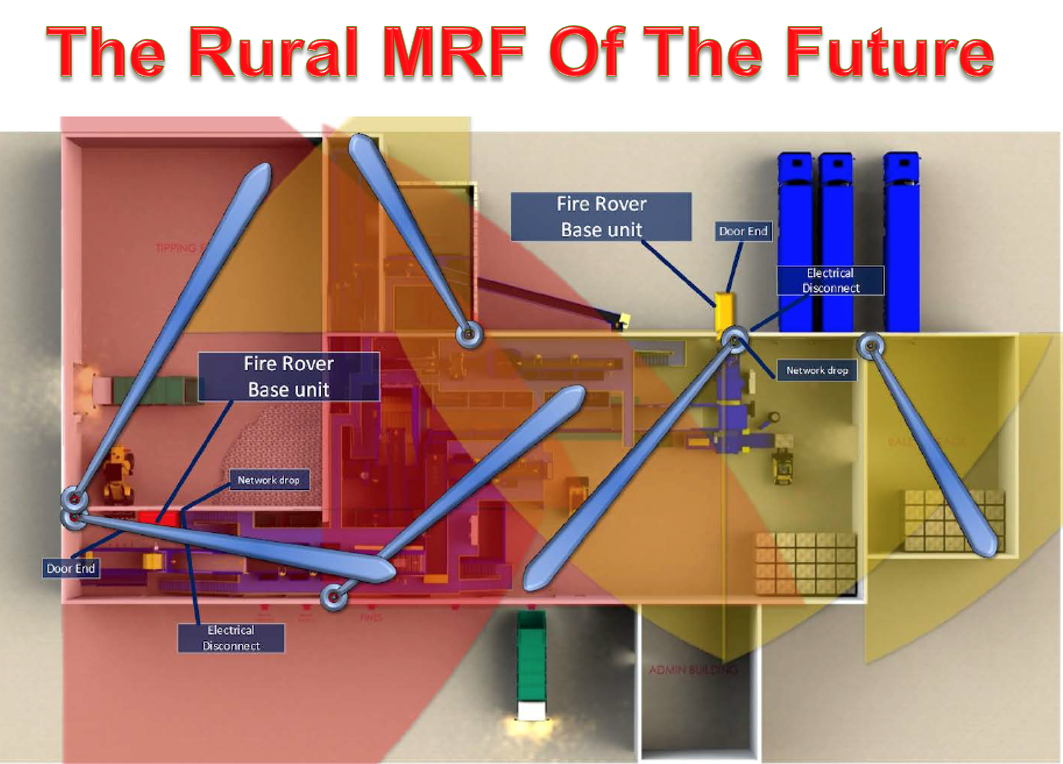 You recently completed a full upgrade to your single stream MRF. Tell us about it.

The project is really rooted in managing materials more effectively. Simply, we saw an opportunity to improve recycling not only in Marquette County but the Upper Peninsula as a whole. The challenges of rural area recycling needed to be addressed in a more regional frame of mind. People in Upper Michigan want to recycle; however, recycling capacity and education was lacking in many parts of the region. This facility is designed to process recyclables from the entire region. The hope is that with this new infrastructure and solid education in place, participation in recycling will increase across the entire region.

How long did the upgrades take?

About two-and-a-half years, from start to finish. We started this project with a feasibility study with RRS. From feasibility, equipment selection and education and outreach, RRS has been with us every step of the way.

What type of equipment are you using to process your material?

This is a bit of a hybrid system in that glass is being received as a separate material. Andela provided the glass processing equipment and designed a system based on the estimated volume of glass received.

The old corrugated cardboard, paper, plastic and metal are being processed in the new single stream MRF. This equipment is provided by Machinex, and its engineers were instrumental in designing what we feel is the future footprint for rural communities. From sales and design to installation and startup, Machinex has been instrumental in our transition from a dual stream recycling system to a single stream recycling system.

When addressing fire safety in your new MRF, why did you choose an alternative to a traditional sprinkler system?

When we started this process, I had heard from others regarding different solutions they had, and it became extremely apparent to my team that sprinklers offered very little protection in our type of facility. I felt the Fire Rover system was designed specifically for the waste and recycling industry, as it has eyes onsite and the ability to target fire quickly. Preventing the loss of equipment is critical, and we felt this was the best option to protect the investment we made into our facility. We were fortune that our local authorities were so supportive and formerly provided a variance for the Fire Rover system to operate in place of the fire sprinkler requirement.

Were you surprised when the variance was awarded?

This was a new approach to fire protection and the board needed to understand the system in order to consider a variance. The presentation, along with the “quick connects” that allow our local fire department to connect to the Fire Rover system, was pivotal in maintaining the waterflow for continuous use and allowed our local variance board to confidently approve the system for implementation in Marquette County.

What advice do you have for other municipalities looking for support to upgrade their recycling program?

Do your homework, evaluate your current system and have a plan/concept. Propose your plans for upgrading to your boards, councils or commissions. The process starts here, and you really need that support and funding to move forward. Listen to the residents and incorporate that feedback into your proposal to your board, council or commission.

We had a ton of help from our partners including the Michigan Department of Environment, Great Lakes, and Energy; Closed Loop Fund; Honor Credit Union; Gundlach and Champion; RRS; Fire Rover; Machinex; and Andela. Even under some very challenging circumstances with COVID-19, we persevered and got this project done. I was thankful to have such great partners, but I want to stress the importance of the support of our residents who wanted to do their part in being part of the solution. While our community may have less residents compared to urban areas, we care deeply about the environment and are willing to invest in the infrastructure needed to minimize our impact!

If you are a true believer in recycling in the U.S., the key is to provide access to all citizens across the country. With the strains of the pandemic, recycling programs have been getting canceled and shut down across our nation. We need more public leaders in the industry like Austin whose passion to bring recycling to areas like Marquette and the Upper Peninsula of Michigan is unwavering. His passion and drive allowed him to organize a multi-dynamic team combined of both public and private players to allow the 300,000 people in the UP a place to practice what they preach. To all of the other municipal players like Austin out there in other rural areas, keep up the good fight!